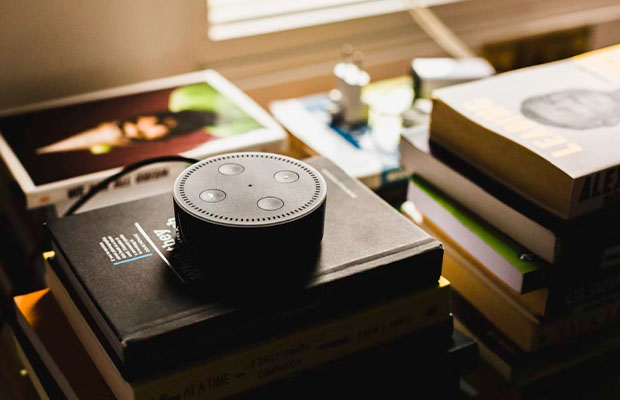 Does your Alexa randomly play music at night? It really a bad thing. We will explains the causes and some ways to help you solve this problem.

For many of us, Alexa has spent the past few years establishing herself as a permanent fixture in the home.

Its goal is to make our lives a little bit easier, like many other smart home appliances. You can ask for a recipe as you are cooking.

Why is Alexa randomly playing music? It could be that someone else is using your streaming account. We, therefore, chose to look more closely at what is causing this paranormal activity and how to fix it.

What is the Deal With Alexa Randomly Playing Music?

The voice-activated personal assistant Alexa was created by Amazon and its affiliated businesses. Alexa can be activated by saying, “Alexa,” followed by a command such as “play Christmas music” or “turn off the lights.” The request is processed by Alexa using a combination of speech recognition and machine learning.

It has been claimed that Alexa plays arbitrary music without the owner’s permission and cannot be stopped.

Why Does Alexa Randomly Play Music?

Because someone else might be using your streaming account, Alexa keeps playing music at random. There’s a chance you’ve previously permitted a friend or relative to use it. Therefore, on their device, your account is still active. But this might also be caused by a routine, an incorrect command, signal interference, or mistakes.

First, we have some encouraging news. You are most likely not the target of a poltergeist infestation unless there are some chairs hovering around your kitchen as well.

In actuality, the root of the problem is much more mundane and practical than any of that. It is merely the result of a few bugs wreaking havoc on the system.

We acknowledge that some of you may be extremely disappointed by this. So, in order to at least make this a worthwhile read for you, we will at least provide you with the fixes and tips you require.

It’s important to note before we start that you won’t need any level of expertise to diagnose this issue at home. We’ll try our best to explain everything to you step-by-step.

Additionally, we won’t disassemble anything or perform any other actions that might jeopardize the reliability of your equipment. It’s time to solve this issue now, then!

1. Get Rid of All Your Routines

Perhaps some of you have already given it a shot. If so, proceed to the following action. To make sure that there is no human error involved here before we move on to more complex fixes, the first thing we need to do is check the routines you have set up.

Even though it might not have been your fault, someone else may have unintentionally set a routine at some point that causes Alexa to play music at some distinctly odd times.

Whether this is the case or not, it is best to remove all of the routines that you have set up. Just add the ones you believe will be useful to you once you’re finished.

Allow that to rest for a while after that. It’s great if there are no longer any strange noises during the night. If this happens, it’s time to move on to the next correction.

We can only assume that there is a bug causing the issue if all of your routines appear to be in order but your Alexa is still following you around.

The alternative is that someone is pulling a pretty elaborate prank on you. We are only able to investigate the first, unfortunately.

The quickest and easiest way to get rid of bugs and glitches with immediate effect is to simply factory reset the device. But before you do, be aware that everything you have changed in Alexa’s settings will also be lost.

In essence, it will be the same as when everything needed to be set up when it was brand new. Your current settings will be replaced by the factory defaults, hopefully eliminating any anomalies that may have developed over time.

3. Make Sure You Are the Only Person Using Your Account

There are times when it just so happens that your personal account isn’t quite as private as you may have thought.

At this point, we need to try our best to rule out the possibility that someone has access to it without your permission. Perhaps it’s a family member, or maybe the account has been hacked at some point.

We’ll need to take action in either scenario.

The first thing you should do is to visit your Spotify account, or whatever streaming service you generally use to play your music through.

Then, in the settings on your device, there should be an option that will allow you to log out of absolutely everything in one fell swoop.

Make sure you are familiar with all of the passwords linked to your various accounts before proceeding. After that, make sure to update the passwords on anything and everything that could be used to play music through Alexa.

Does Spotify Have This Problem Too?

Why Does Alexa Occasionally Play Spotify?

Many people are perplexed as to why Alexa began playing music at random. On why this is, various theories exist. However, the reason is primarily due to the fact that a random number generator determines the song that is played. The songs that are played are chosen at random by a computer program. When you ask Alexa to play a specific track, the music you hear is chosen at random using the random number generator.

Since Alexa can’t foretell the song you’ll hear, it plays the first one it finds.

There are no settings that let you choose how Alexa selects the next theme or predict which song she’ll play next. Even when you ask Alexa to play a particular song, she uses a random number generator, one of the many things she does behind the scenes that you can never see.

Why is it important?

We’ve all experienced the times when Alexa surprises us by playing an unexpected song, which is one of the things we love about the Echo devices. But we’re curious about the inner workings of a device that’s integrated into our lives and homes, so we made the decision to research it.

A wake word for Alexa is a word or phrase that causes Alexa-enabled devices to respond to voice commands.

The wake word must be the same as the name of an Amazon Echo product that you have registered with your account on amazon.com/echo. For instance, if you set “Siri” as your wake word for an Apple iPhone 6s or later model and a different user has a phone that supports Siri, both users’ phones will be sending different wake words, which prevents the other user from activating Siri when they say “Hey Siri.”

This issue typically cannot be resolved by a simple reboot. Therefore, a factory reset will be a better fix.

Note: All of the saved settings on your device will be deleted if you do this. It seems as though you are returning it to its original state. You must then set your device up again after the reset.

There are currently two methods for doing this.

When it turns orange, the reset is complete.

Can Alexa Be Hacked?

Alexa can be hacked in various ways. most frequently by taking control of Wi-Fi routers and developing phony Amazon skills. Hacking through false skills can take place either through voice squatting or code modifications. In extreme circumstances, it may also be done by turning on the device with laser frequencies and lights.

Why Does My Alexa Go Off in the Middle of the Night?

It can be the case that you have scheduled a task and do not remember about it. This makes it possible to wake Alexa up in the middle of the night. Open the Alexa app, then select Settings, to do this. You can access the routines here.

Does Amazon Alexa Spy on You?

No, Alexa does not record all your conversations — just some of them. Only after the Echo or other Alexa-enabled device recognizes your wake word, claims Amazon, does Alexa start recording what you say. When you press the action button on your device, Alexa begins to record your request and upload it to Amazon’s cloud.

Why Does My Echo Show Start Playing Music?

It’s possible you mistakenly set up an Alexa routine to play music at a certain time or based on a location.

Why Does My Alexa Stop Playing Music Randomly?

The voice-activated personal assistant Alexa was created by Amazon and its affiliated businesses. We all have one, by the way. Does your Alexa play music at odd times? Apparently, you’re not the only one. The advice given above should help you solve the problem in a reasonable amount of time. 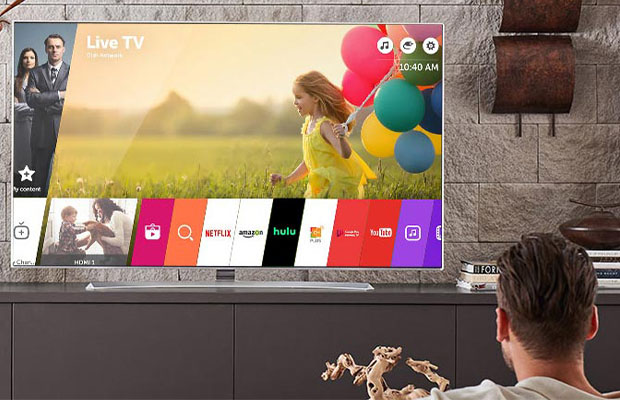 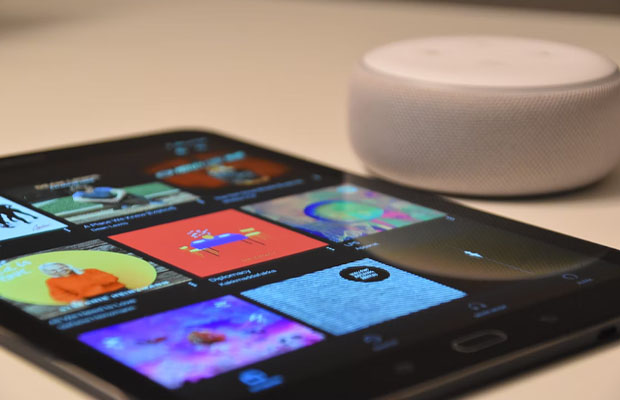 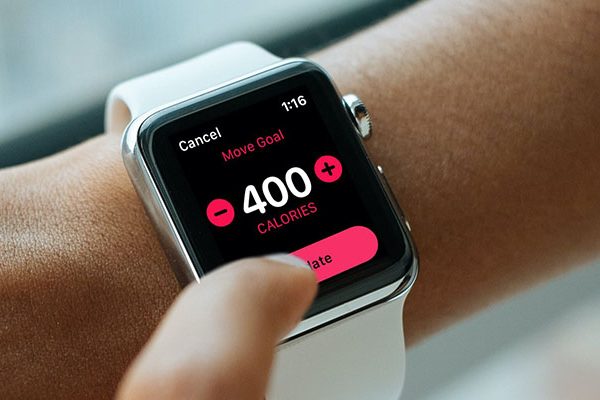 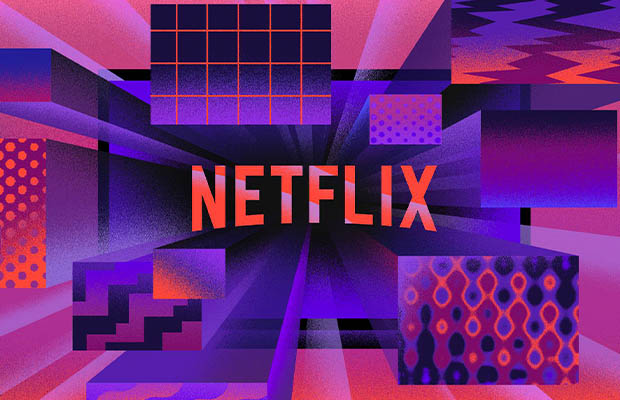